My Paste review of Nada Surf's October Seattle show went up last week. I feel compelled to note that "emotard" was changed to "emogeek", "wang" became "dork" and "shake its ass" was altered to "do something besides nod approvingly". (I fucking loved the show. These terms aren't in reference to the band.) Anyhow:

From the Times of London: "Man 'cured' of HIV agrees to undergo further clinical tests"

A YOUNG British man thought to be the first person to have shaken off HIV, the virus that causes Aids, is to undergo further clinical tests in the hope of a breakthrough in treating the condition.

Andrew Stimpson, 25, said yesterday that he was willing to do all he could to help to tackle the condition, after it emerged that his body had apparently rid itself of the human immunodeficiency virus.

Mr Stimpson, a Scot living in London, was found to be HIV-positive in August 2002, but 14 months later a blood test suggested that he no longer carried the virus. A further three tests confirmed the finding.

Doctors believe that this first confirmed case of ?spontaneous clearance? of HIV could offer important insights into the behaviour of the virus, and possible means of defeating it. "

Britain, UK news from The Times and The Sunday Times - Times Online:
Posted by Litsa Dremousis: at 1:51 AM 1 comment:

My short story, "When Bears Attack", is in Rivet #14, "The Union Issue". The story's print version features an awesome graphic from Christopher Hong and the correct line breaks, but if you're short five bucks, you can read it here:

I'm not sure how a feature on Seattle music can viably omit Barsuk and its roster--*bullshit has been called*--but this is a fun piece nonetheless, particularly the part about the (awesome) John Richards:

Seattle Weekly: Music: A Day in the Life
Posted by Litsa Dremousis: at 1:27 PM No comments:

If you need a (temporary) distraction from bird flu news:

In the new documentary, "Drive Well, Sleep Carefully", director Justin Mitchell captures Death Cab for Cutie's 2004 tour, during which the band traversed the U.S. in a well-equipped bus. While their offstage antics seem largely comprised of storytelling and shooting hoops, who knows what could happen next time? As Death Cab gets ready to hit the road again in support of their new record, Plans, Paste asked the lads and some of their indie rock co-horts: If a Donner Party type situation arises, who will you eat and why?

I think I'd probably eat Jason. He's definitely the strongest out of the four of us. He has more muscle, and probably more protein, in his body than Chris certainly does, and definitely more than Nick because Jason's taller and bigger than Nick. I'd have to eat Jason.--Ben Gibbard

I don't think any of them would dispute that if both of our bands were lost together, although I would do everything in my power to return us all to safety, in the final analysis I would be picking my teeth with their shinbones when spring came. It's hard to say whom I would eat first, because each of them has a terrible ferocity when cornered. I might let them fight it out amongst themselves at first, and wait until they'd worn each other out. I think that Nick would make the best eating. --John Roderick, The Long Winters

I'd eat Jason because Jason's muscle to fat ratio is the best.--Chris Walla

I guess I have to agree that Jason would be the last one standing. If it were up to me to decide which band member to eat first, I would volunteer myself, so that the band might have a chance to live on. ---Josh Rosenfeld, Barsuk Records co-founder

Well, I've got a big appetite and Nick's got some good hearty muscle on his bone, so I would choose Nick. Although what if I needed him alive to be on my side? I might have Chris as an appetizer instead.--Jason McGerr

I would eat whoever died of natural causes first because I couldn't kill anyone to eat them. I'm pretty sure Ben would be one of the first to go and then we'd have to eat Ben. Ben would be pretty juicy. Surviving that long requires a certain level of dedication and patience and I think Ben would be like, "You know what? Screw this whole thing. We're already screwed." He wouldn't hang on unnecessarily. I think Chris would make a very lean meal, and that's always important, so if I were watching my figure, I'd go for a leg of Chris. If I were going for really tasty, I'd go for Ben. Jason would be good, too, but I don't think he would die early on. I think Jason would be the guy who would eat us all. He would be the last man standing. He's kind of the survivor that way.--Nick Harmer

Not Walla, definitely, because you wouldn't get very far eating him. I think it would be between Ben or Nick. I think Ben would have more of a chicken flavor, whereas if you were in the mood for something like lamb, something a little more rich, Nick would be your man. So, it depends on what sort of curry you wanted to serve, chicken or lamb.--Colin Meloy, The Decemberists
Posted by Litsa Dremousis: at 8:24 AM No comments:

Here's the letter I wrote to New York Magazine:

I've interviewed JT LeRoy twice, once for Bookslut and once for Poets and
Writers. Over the past two years, we've become good friends, exchanging
hundreds of emails, blowing several hours on the phone, and spending time in person. (Note: I attended the Deitch Gallery launch for "Harold's End" last November. Your photographer, Danielle Levitt, took some test Polaroids of me, a curly-haired woman in a pink boucle coat.)

The truth is far more banal than Stephen Beachy's turgid story alleges. JT writes his own work. On numerous occasions, he's called or emailed
throughout the day with sequential drafts of stories or articles on which
he's working. He has a predilection for animated e-cards, only burns soy
candles, and loves my mom's baklava. And I've met Emily: she and JT sound
nothing alike.

Also, he would have to had raise several thousand dollars over the years for Dr. Terrence Owens' McAuley Institute at St. Mary's Hospital, *spontaneously and for no apparent reason.* And anyone who knows JT well knows he could never pull off a hoax. He's erudite and silly and probably a genius, but I once spent five minutes on the phone with him while he looked for stamps. He could never perpetuate fraud--not only because he's moral--but because he's totally unorganized.

A New York Mag fact-checker called three times over two weeks to verify everything, and I was told twice that my "letter [was] probably going to run". I never would have agreed to let them print it, though, if I'd known they were going to alter its tone. I know they can edit for clarity, but they changed the thing's intent. The edited version is poorly written and sounds like I'm taking a swipe at JT, which I'm not doing. Obviously.

Regardless, I hope everyone is done with this inane topic. I know I am.
Posted by Litsa Dremousis: at 8:36 PM No comments:

I will be so fucking happy when the rest of the world catches up: 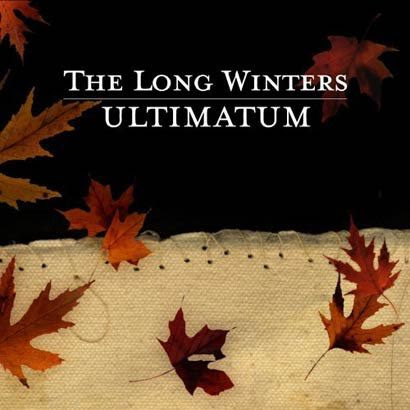 The Long Winters' "Ultimatum" is #8 in Seattle:

The Long Winters : ultimatum
Posted by Litsa Dremousis: at 12:34 AM No comments:

Today, it does not suck to be a Democrat: