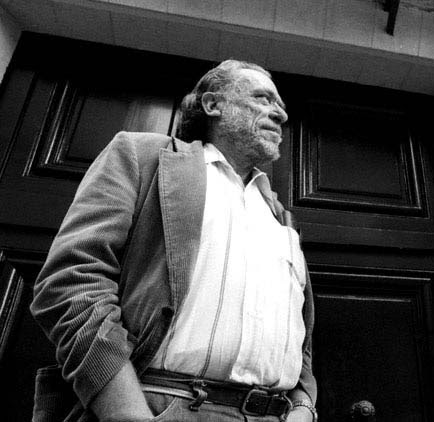 Ten years ago this fall, I assistant directed, co-produced and acted in a stage adaptation of Charles Bukowski's short story collection, Hot Water Music. (The above line is taken from HWM's "Scum Grief", Bukowski's skewering of bad poets and those who fuck them. I'm often tempted to yell it at readings, just to see who gets the joke.)

During our seven week run at the Showbox, the director fell off the wagon; two actors pummelled each other bloody; and a third declared he wanted to introduce me to his pet rat, Jasmine, whip up some Hamburger Helper, then spoon on the couch and watch "Deep Space Nine".

Still, I remember the production fondly. To commemorate, I suggest partaking in all things Buk: