"Charlie Watts is my drum god!" 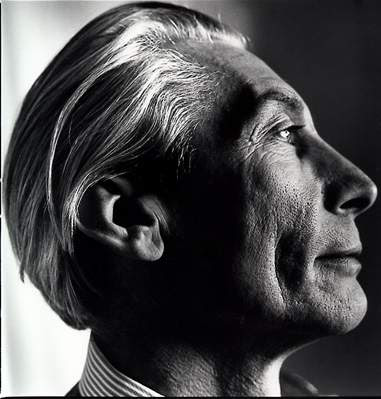 Years ago in Seattle, the independently owned record store chain, Cellophane Square, was much like Sonic Boom or Easy Street is today: a delicious place to lose yourself on a slate gray afternoon and staffed with true believers. (The last time I shopped at the University Avenue CS, I was perhaps the only individual on the premises not on work furlough.)

In college, my girl friends didn't care to hunt for a decent used cassette of Celluloid Heroes or an unscratched copy of Meaty Beaty Big and Bouncy, but my guy friends and I spent hours perusing Cellophane Square and other nearby music shops and knew our lives were richer for it. (I still have the NRBQ on vinyl my friend, Tony, bought for me during one of these expeditions.)

CS employees frequently wrote reviews or comments on the placards between CDs and albums and during a search for a zippered copy of Sticky Fingers, I discovered "Charlie Watts is my drum god!" scrawled on such a divider. The fellas adopted this as a not infrequent drunken rallying cry, so it is with great joy that I relay the following from the "Ask Blender" feature on p. 40 of the Jan/Feb 2007 issue:

Did Charlie Watts, the Rolling Stones drummer, really once beat the crap out of Mick Jagger?
Dominic Roth, Lincoln, Nebraska

Delightfully, yes. It happened in October 1984. The Stones had gathered in Amsterdam to discuss their next album and tour; Jagger, though, was more concerned with his solo career and was acting like a bit of a bastard. One night Keith Richards took Jagger out for some carousing--and by the time they stumbled back to their hotel at five in the morning, the singer was absolutely plastered. He called up to Watts, fast asleep in his own room, and started shouting into the phone. "Izzat my drummer, then? Where's my fucking drummer?"

What happened next is one of the most remarkable moments in Stones history. The mild-mannered Watts, always the quiet one in the group, crawled out of bed. He shaved, put on a crisp white shirt and impeccably tailored suit, knotted his tie and slipped on some shoes. Then he calmly walked downstairs, opened the door, grabbed Jagger--and cold-cocked him right in the kisser. "Don't ever call me your drummer again," Watts sneered. "You're my fucking singer."

It must have been quite a scene. "Charlie punched him into a plateful of smoked salmon," Richards recalled in a 1989 Playboy magazine interview. "Mick almost floated out the window into a canal. I grabbed his leg and saved him." Jagger has tried to play down the incident: "He pushed me, but I don't think he actually punched me." But Watts, while discreet, has implicitly confirmed it. "It's not something I'm proud of," he said in 1997. "I was really pissed off."

Posted by Litsa Dremousis: at 9:32 PM